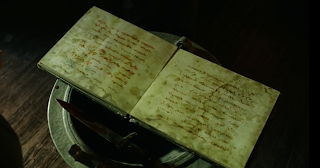 Magic always caught my attention. It started with card tricks and then Harry Potter. You get caught in wishing that maybe just maybe all of this is true and that you just have to find a way to get it. As I grew up I came across this story… The story of Magic related to the Great King Solomon – who was one of the most powerful Prophets and his throne extended over Men, Animals and Jins (Devils , Spirits, Ghosts). The story of Solomon can be found in all the great scriptures. I will tell the version that I am familiar with. 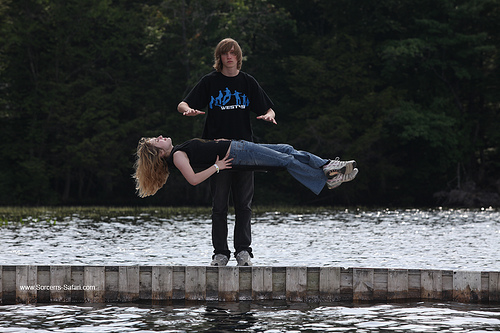 It is said that before the reign of Prophet Solomon there were two Angels sent on Earth given the task to teach Black Magic but not without warning those who wanted to learn. Warning them that what they will learn will lead them astray, that they have been sent as a test for mankind and that this will eventually lead them to the darkest places of Hell. Now this Black Magic was some serious stuff. We are not talking about just illusions or Wingardium Laviosa to make the mug in front of me levitate. With this you could easily put a hex on someone and completely destroy his life. Turn everyone against him destroy his marriage and what not… But everything comes with a price and in this case it’s selling your soul to the devil and opting to become a vessel for Lucifer to do his dirty work.

During the time of Prophet Solomon, this Magic became quite widespread, to an extent that it worried him. So the Prophet assigned the task of getting hold of all this magic and then burying it so that no one would get hold of it. Now how he came about that task is unknown… but what I believe is that he buried this in paper or book form, under his Great temple named after him: The Temple Of Solomon. Because of the Great kings efforts, this Magic was wiped off of this planet for a long time… Until 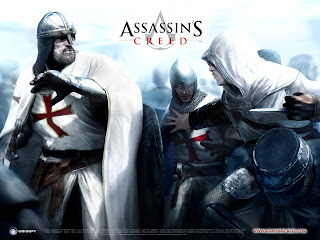 There is this legend that the secret order of the Gods chosen army, the Knights Templar dug something up from the Temple of Solomon (BTW this is the very beginning of Assassin’s Creed – Not just that, Hollywood has also shown this on many occasions). What exactly? That is a mystery for us, the people without knowledge. Some say that it was the fruit of Eden (Assassin’s Creed), others say that it was Treasure (National Treasure). I abelieve that it was the secret of Black Magic… The Lesser Key Of Solomon!!!

The Lesser key of what???

Lesser Key of Solomon is a book, which Wikipedia describes as follows:

The lesser Key of Solomon contains detailed descriptions of devils and demons and the conjurations needed to evoke and oblige them to do the will of the conjurer. It details the protective signs and rituals to be performed, the actions necessary to prevent the spirits from gaining control, the preparations prior to the invocations and instructions on how to make the necessary instruments for the executions of these rituals 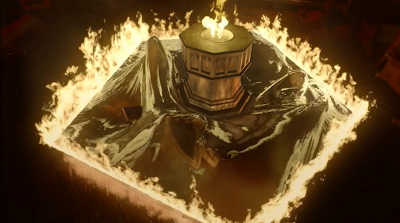 Now here I would like to interject that although this book is attributed to the Prophet Solomon, its true author is not known. Solomon was an Honest and righteous Prophet like all the rest of the Prophets. He himself never used any of this Magic. He was a true believer and did no such thing to displease his Creator.I would also like to point out that there is a difference of opinion among faiths on the above issue. I might be stating only one view.

The lesser Key Of Solomon, as the new Sleepy Hollow show states is a book about Black Magic written by King Solomon filled with rituals that can summon 72 different demons he trapped in hell. It was found 12 centuries later by the Knight Templars during the crusades, hidden away somewhere.By the way… it’s not so hard to find now, if you are good at using Google, you can find anything.

To read more about Prophet Solomon, Look at my other posts:
King Solomon by a Muslim Author
King Solomon in the British Museum